How climate-friendly are electric cars? 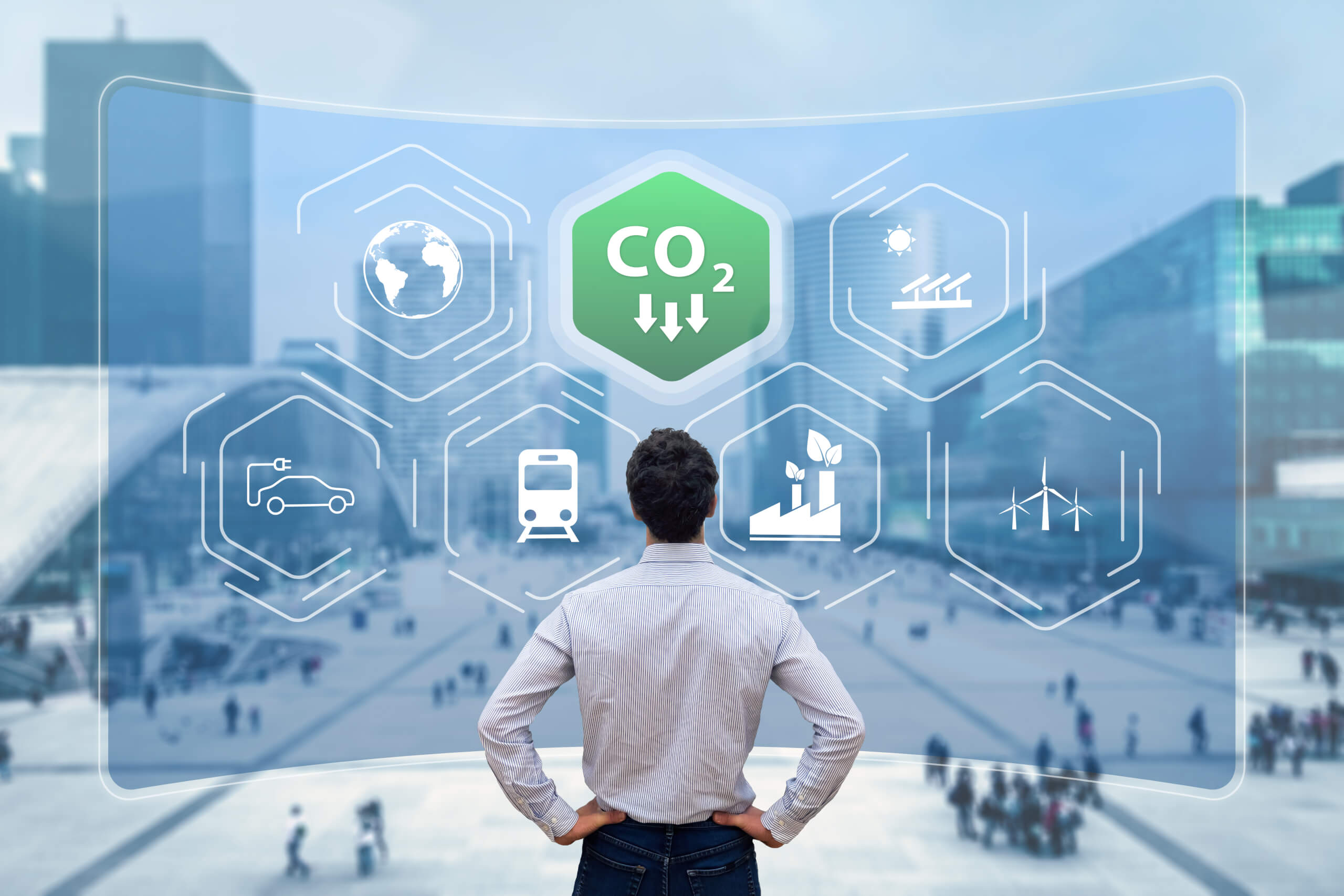 Reducing CO2 emissions is probably a key reason for many to choose an electric car. Electric cars can be an important building block in decarbonizing the transport sector. In this article, you will learn how climate-friendly electric cars actually are.

Anyone who charges their electric vehicle with electricity from renewable sources is therefore driving in a particularly climate-friendly way. Drivers of an electric car who own their own PV system have a unique opportunity to increase the self-consumption and the profitability of the PV system and to charge the electric car in a maximally climate-friendly, cost-effective and independent way.

The battery is the most valuable component in the electric car, so it is important to keep an eye on battery health so that the electric car owners can keep it for as long as possible. However, depending on the duration and intensity of use, lithium-ion batteries lose their capacity. But they are still far from worthless, as they can continue to be used sensibly for many years in Second Life.

The raw material consumption of electric cars can be improved in terms of sustainability. In this respect, they perform less well than combustion engines. This is because more raw materials are needed to manufacture the vehicle components. Battery production in particular uses a range of manufacturing-intensive materials, leading to changes in raw material extraction and supply chains. The production of batteries uses valuable raw materials such as nickel, lithium, graphite and even cobalt, the mining of which can lead to environmental damage.

The figure below shows that the greenhouse gas emissions of a current electric car over its entire life cycle are lower than those of comparable vehicles with combustion engines. Ifeu calculated a lifetime mileage of 150,000 kilometers, also taking into account the expansion of renewable power generation, and assumed a battery capacity of 48 kWh. Over its entire life cycle, today's electric car emits about 30 percent less CO2 than today's combustion engine. Even though the diesel vehicle has a better climate footprint than the gasoline vehicle, both are already lagging behind the electric vehicle.

The climate advantage of an electric car registered in 2030 grows to as much as 42 percent due to an increased share of renewable energy in the electricity mix and expected improvements in battery production. It is unlikely that the climate footprint of gasoline and diesel vehicles will develop in a comparably positive way, as the potential of sustainable biofuels is limited. It could even deteriorate, for example, in the event of increased extraction from tar sands or by means of "fracking". 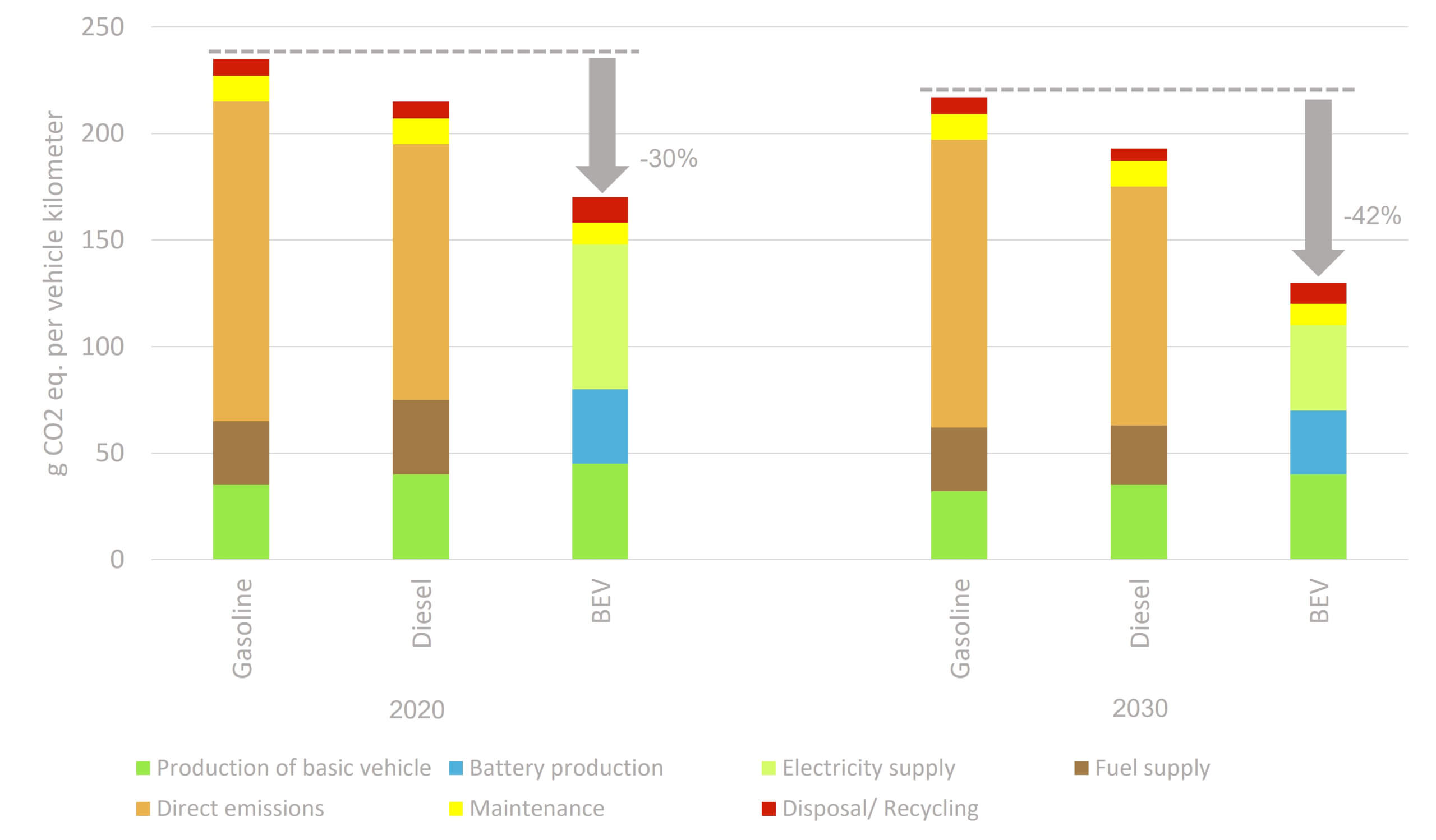 Car traffic must become more climate and environmentally friendly. The electric car can make a key contribution here. In terms of climate protection, the electric car already has significant advantages (between 30 and 40 percent climate advantage over conventional vehicles) and this lead will continue to increase in the coming years, because the share of renewable energy sources in power generation is growing steadily.