Meeting with the Minister for Economics Robert Habeck 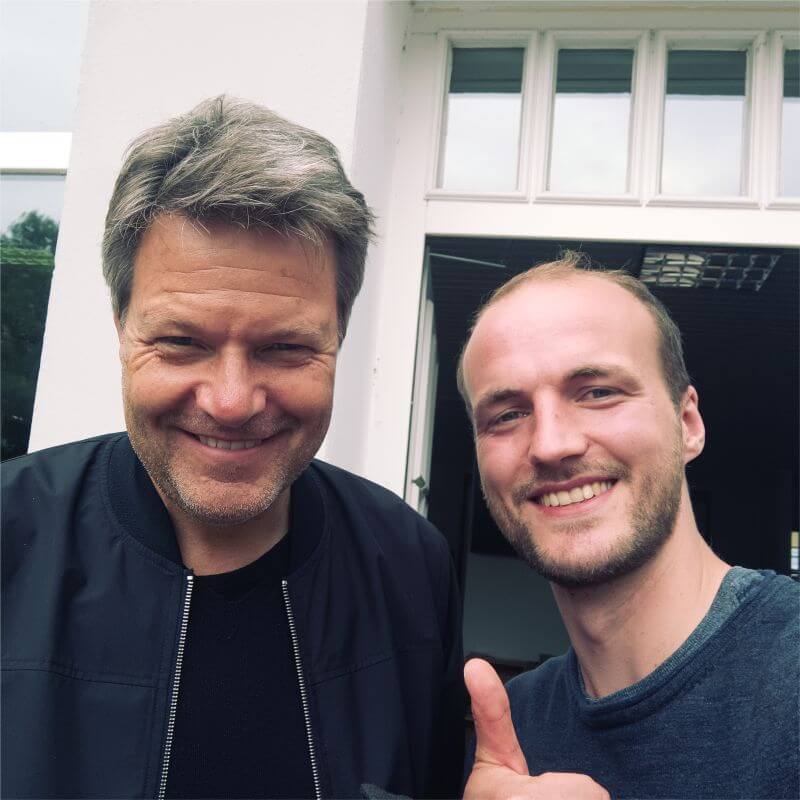 Last week, Johann Olsen, CEO and Co-Founder of IO-Dynamics, had the opportunity to share his ideas with the current Minister of Economics, Robert Habeck. The conversation focused on the topics electromobility, energy transition and start-up funding.

In the 20-minute conversation at the office of the Alliance 90/DIE GRÜNEN, Johann Olsen was able to speak with clear political demands: First and primarily on the agenda were the necessary adjustments, which have been solved on the technical side, but for whose implementation many regulatory obstacles would still have to be cleared out of the way:

Barriers in the energy market need to be taken away for the fast track to 100% renewable and a decentralized energy supply. In addition, incentives should motived grid operators to put more invest into smart grids. Mobile electricity sources, such as electric cars, should be legally treated as stationary electricity storage and should not be a financial disadvantage. Lastly it was pointed out, that consumers should be incentivized for grid-serving behavior rather than limiting grid capacity.

Johann Olsen also thanked Robert Habeck and encouraged him for the measures that the Federal Ministry for Economics and Climate Action (BMWK) is planning for startups, and in particular that the proposals from the startup association were largely taken into account.