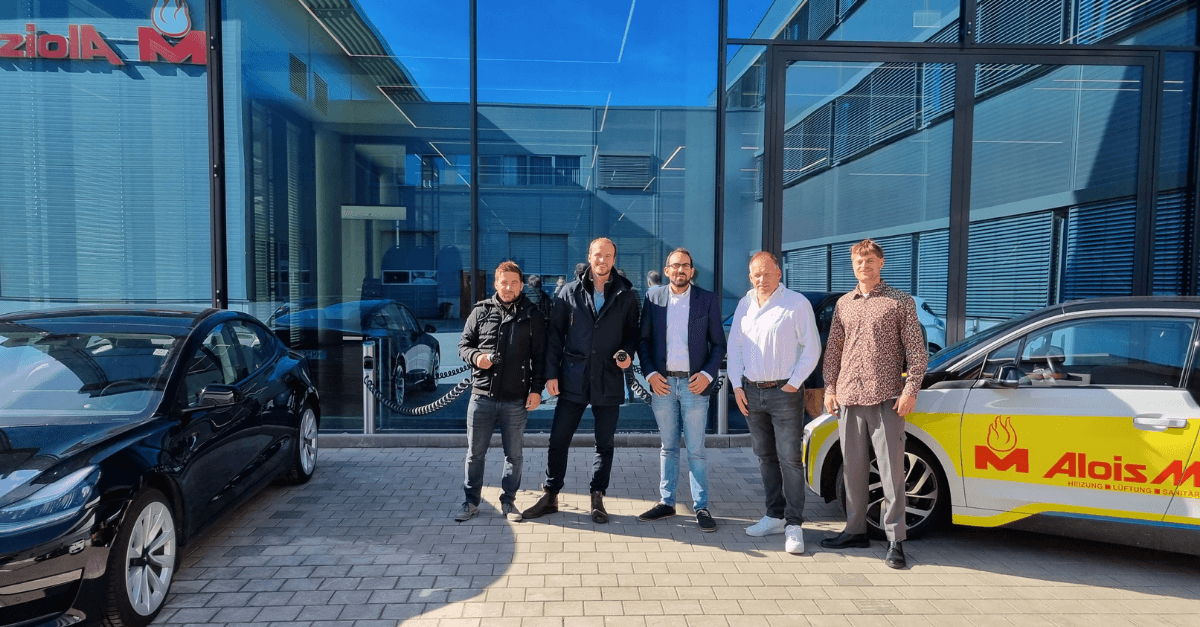 The Bavarian company Alois Müller GmbH operates the largest almost energy self-sufficient production and office building in the world. Almost two thirds of the electrical energy required is supplied by the approximately 1.1 MW PV system. However, the self-generated solar power is not only used for production, but also to charge the company's electric vehicles.

Integration of IO-ELON in the company fleet

IO-Dynamics equipped 12 charging stations on the Green Factory site with IO-ELON. With the intelligent charging management software, the electric vehicle fleet is optimally connected to the building's energy management system so that the vehicles can be operated efficiently. Since the IO-ELON solution is manufacturer-independent and expandable, it can be adapted to the individual needs and requirements of Alois Müller GmbH.

Dynamic load management ensures that peak loads are reduced and a constant load profile is guaranteed at the grid connection point. This implementation is made possible by IO-ELON, because the software provides information about the exact battery level and the resulting charging time as well as the planned use of the electric vehicle. Alois Müller GmbH can benefit from lower network charges thanks to the reduced load peaks.

The installed PV system from Alois Müller GmbH can be optimally connected to the charging management software. IO-ELON uses weather data to forecast the amount of solar yield that is taken into account when charging the electric vehicle. In this way, the self-consumption rate of the PV system increases and the company can operate it even more economically.

In summary, it can be said that Alois Müller GmbH benefits from cost-saving and transparent operation of its electric vehicle fleet. The networking of the vehicles with the charging infrastructure ensures a holistic energy management of the company headquarters and makes the Green Factory one of the greenest and smartest company charging parks in Germany.

About the project in the German trade journal Autoflotte

The project appeared in the October 10/22 issue of Autoflotte. Autoflotte is the monthly trade magazine for the fleet market in German-speaking countries. The article can be read in German here.